April 24, 2019
Listen to that hawker howling out the names of his goods in a mysterious, strange way, so much so that it’s almost unintelligible. The idea is to rouse your curiosity and actually pull you out of your zone and get you there to at least see what’s there on the cart! Well, that’s quite akin to one of the most primitive forms of advertising. Call it the one man advertising agency dexterously selling all his goods at once!
The world’s first formal advertisement was broadcast in the US on July 1, 1941 over the New York station WNBT. It s still going as WNBC, ‘channel four.’
The advert which was for watchmaker Bulova, was shown before a baseball game between the Brooklyn Dodgers and Philadelphia Phillies. It read ‘Bulova Watch Time’, and showed a mash up of their logo alongside the WNBT test pattern, so that it looked like a clock face. It is thought that Bulova paid between $4 to $9 for the advert. A TV spot on a national television channel, during peak view demand like a sports game, would today cost several million dollars! The point is, ‘Advertising’ has been the buzz word all over the world ever since.
Even back home, the old world manufacturers who boasted that their product is good enough and doesn’t require any ‘advertising’ to sell it, have eventually realized the importance of advertising and accepting it as a part & parcel of the game. The good old print media has the advantages of holding the reader’s attention for a longer time; but digital media is taking over due to its wider reach. To catch the prospective buyers on the run, outdoor campaign comes handy and is marked by eye catching colour scheme and crisp, smart messages that hit the passer by without fail. Print media, TV commercials, radio spots etc. are examples of off line advertising as against digital or online advertising.  Besides these, the savvy clients today also employ an ad agency for their logo designing, as well as website design and development. Generally, the current trend is to choose an ad agency that provides 3600 advertising solutions right from strategy, planning to an effective solution of the brand and promote the brand in a holistic way.

Popular posts from this blog

Are you able to engage your Customers/Audience ? 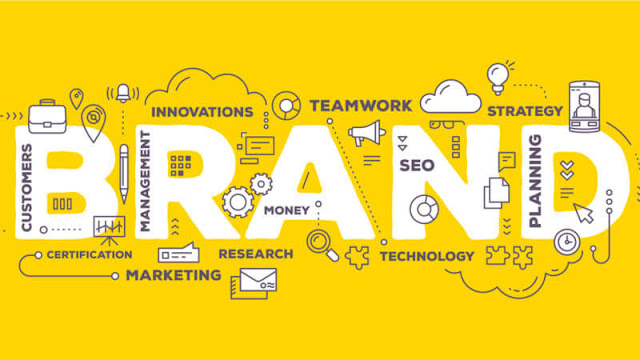 Brand Creation What are the parameters to evaluate the success and efficacy of your branding strategy? What makes the perfect mix of marketing initiatives you have thought of for the season? What determines the long-term impact of your advertising campaigns? The reach that you have expanded and the sales figures you have achieved may come to your mind instantaneously. Some may also think of the incremental market share that you have gained or the amount of repeat sales the inspiring data is revealing. Fair enough. All these factors truly reflect the major of success and are vitally important. But over and above all these there is something that should never be overlooked. And it is the much revered ‘Consumer Connect’! While the agency you are currently associated with is somewhat helping you progress towards your goals, you also need to apply the parameter of consumer connect to intensify your marketing drives. Make sure that you are in dialogue with the end-users at the gras
Read more 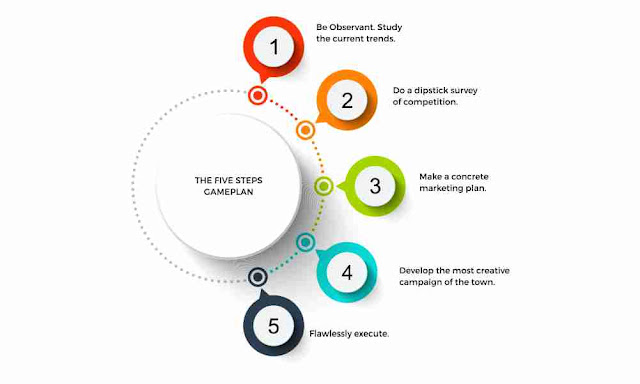 1]   Be Observant. Study the current trends & chart boosters. The market has absorbed many minute changes since last season. So recall the past and revisit your previous campaigns but don’t overly rely on them. Take a close look at the present scenario. 2]   Do a dipstick survey of your competition. From known sources try to gather maximum information on the competitors’ activities. See if you can pick up something worthwhile to make your plan even more effective. 3]  Make a concrete action plan. Nothing works without a well-thought-of plan. So enlist your ideas in a structured manner and prepare a proper work schedule. Spend maximum time in planning so that the execution becomes smooth & hassle-free. 4]  Develop the most creative campaign of the town. Think from your target customers’ viewpoint. Build a communication that would really inspire them to jump to your festive offer. Be innovative in ideation and apply the creativity that sells. 5]  Flawlessly ex
Read more